Thanks to the RAS, a wide range of experiments can be carried out for collecting empirical data for research purposes. The Delft University of Technology carries out its own tests and research programmes. You can team up with them or carry out your own tests separately. 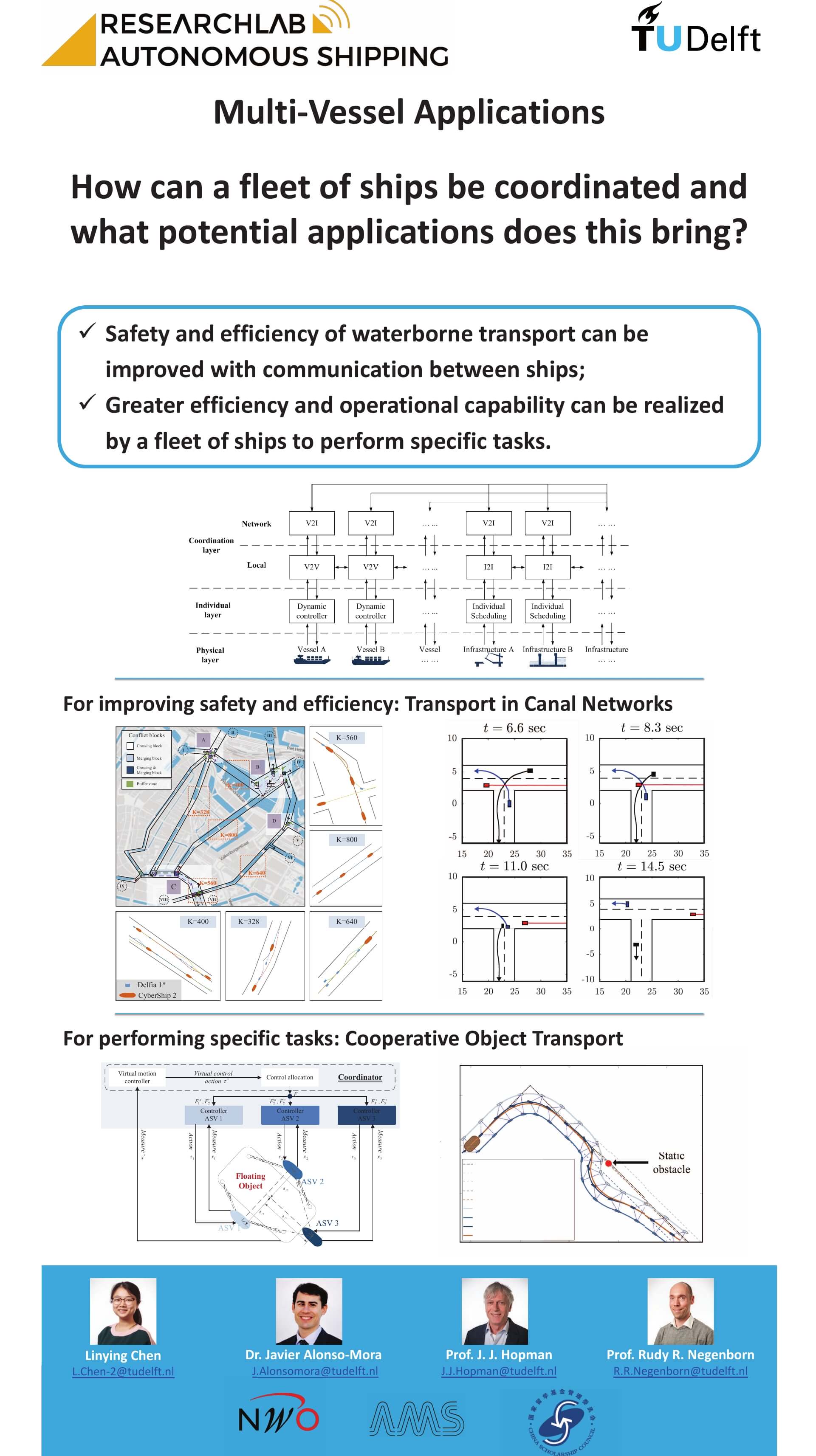 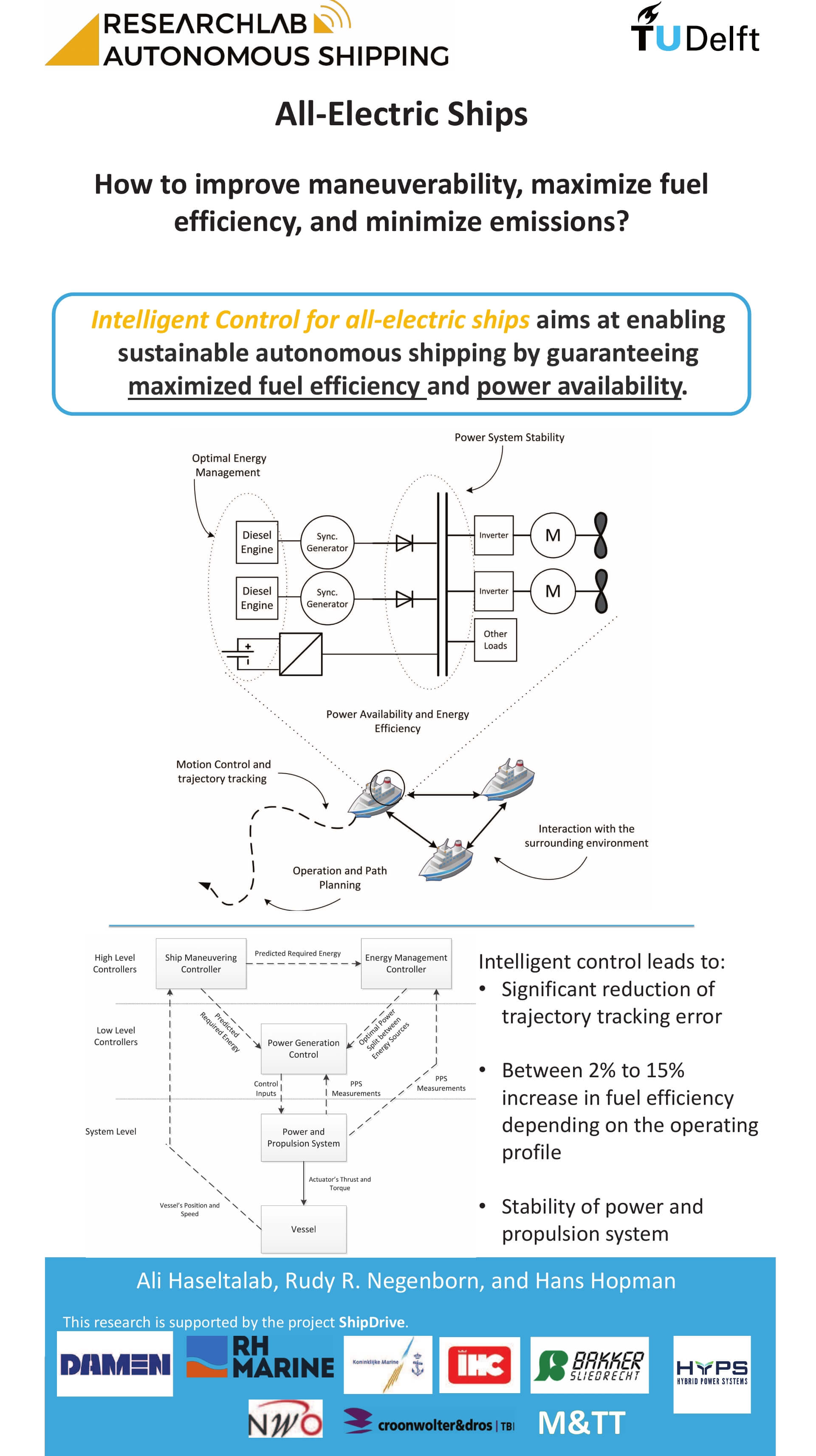 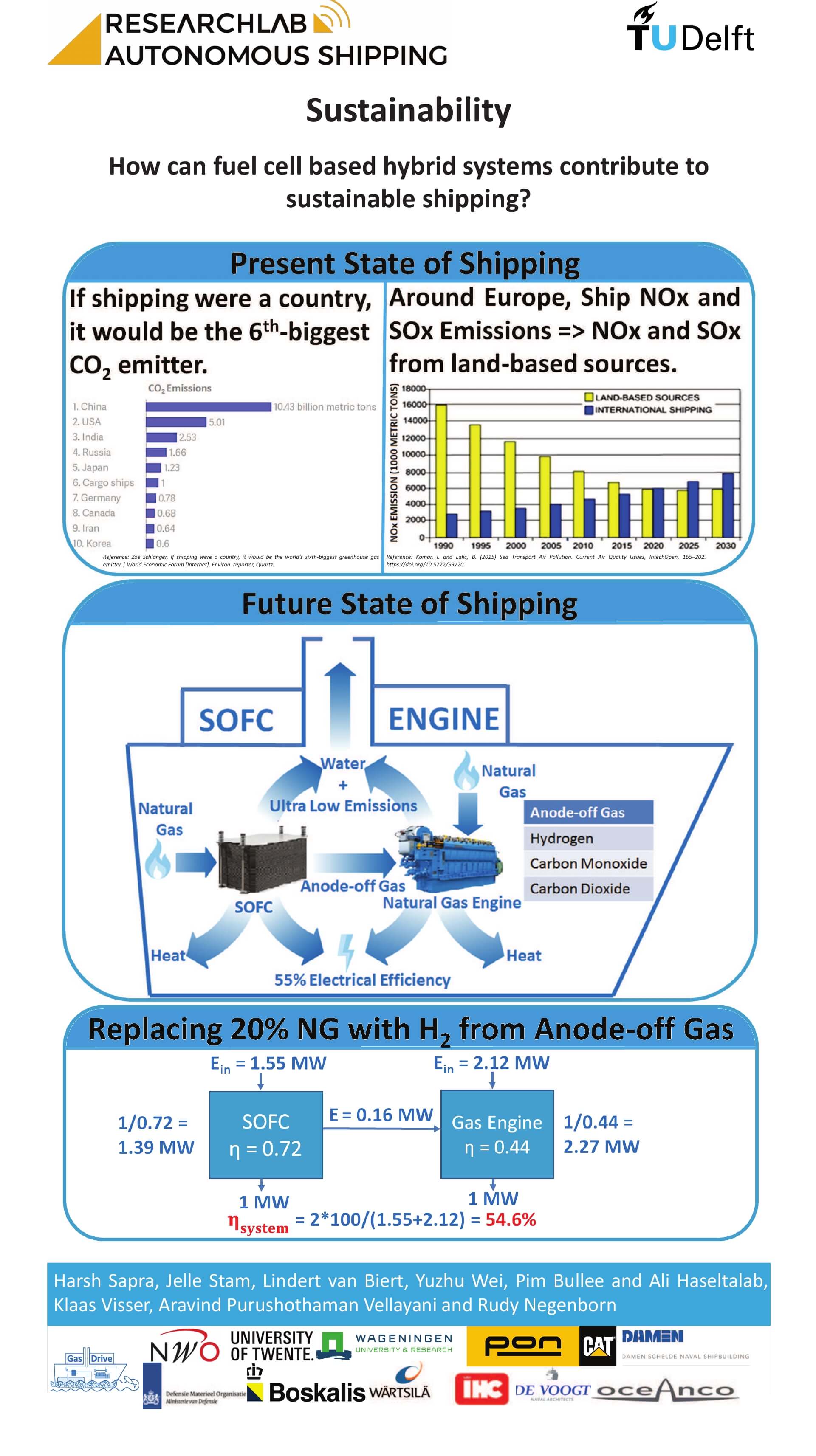 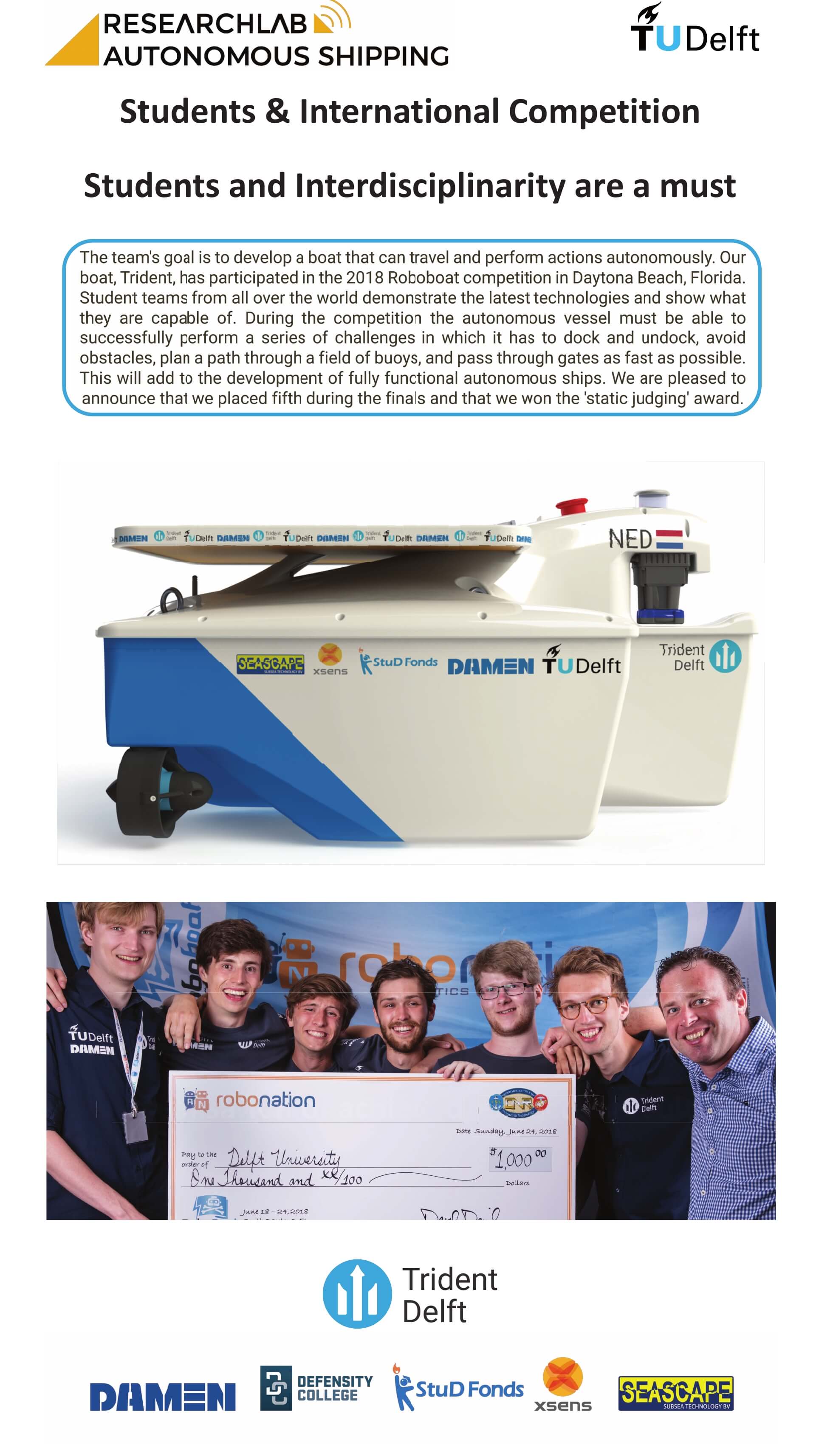 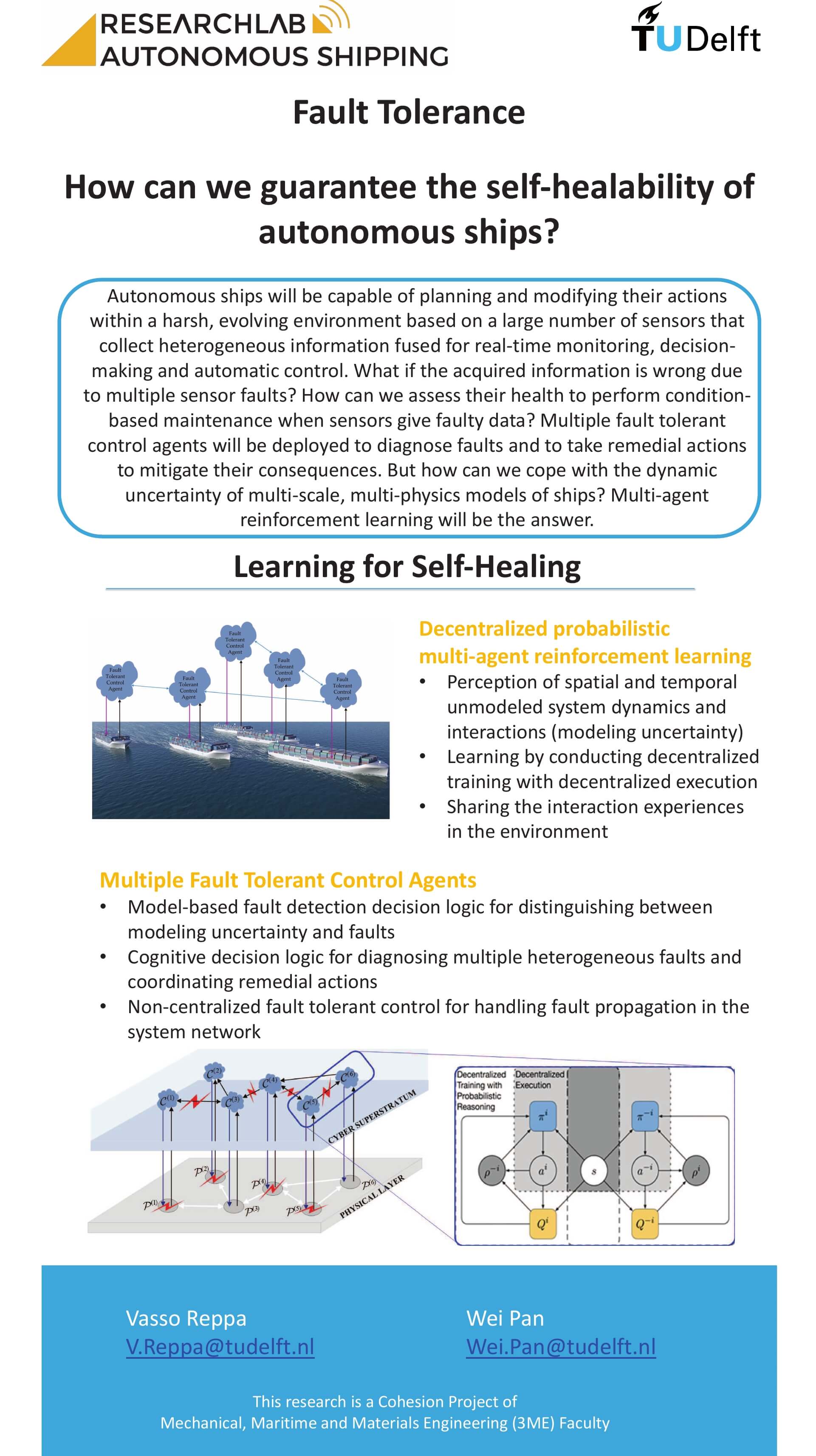 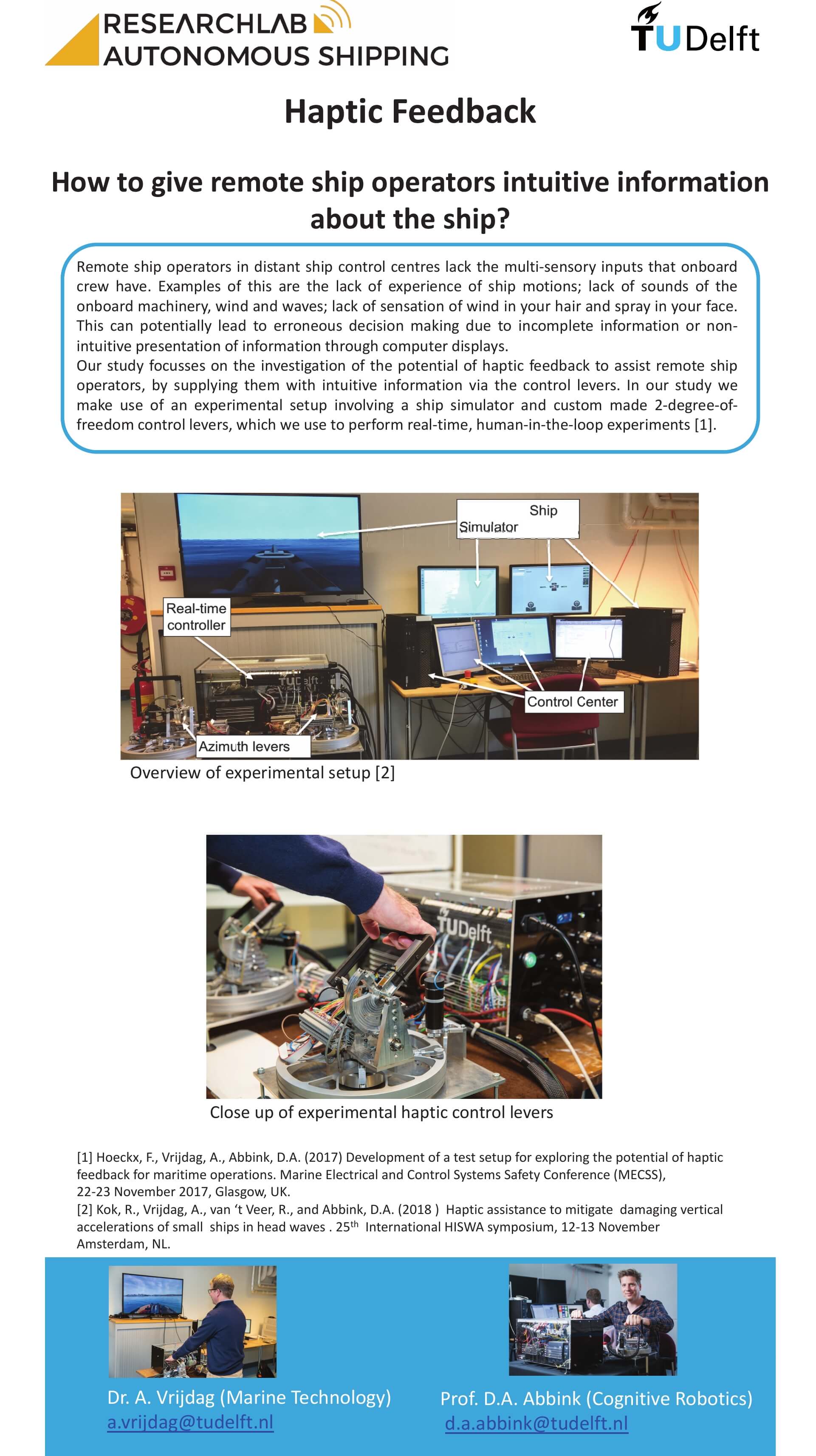 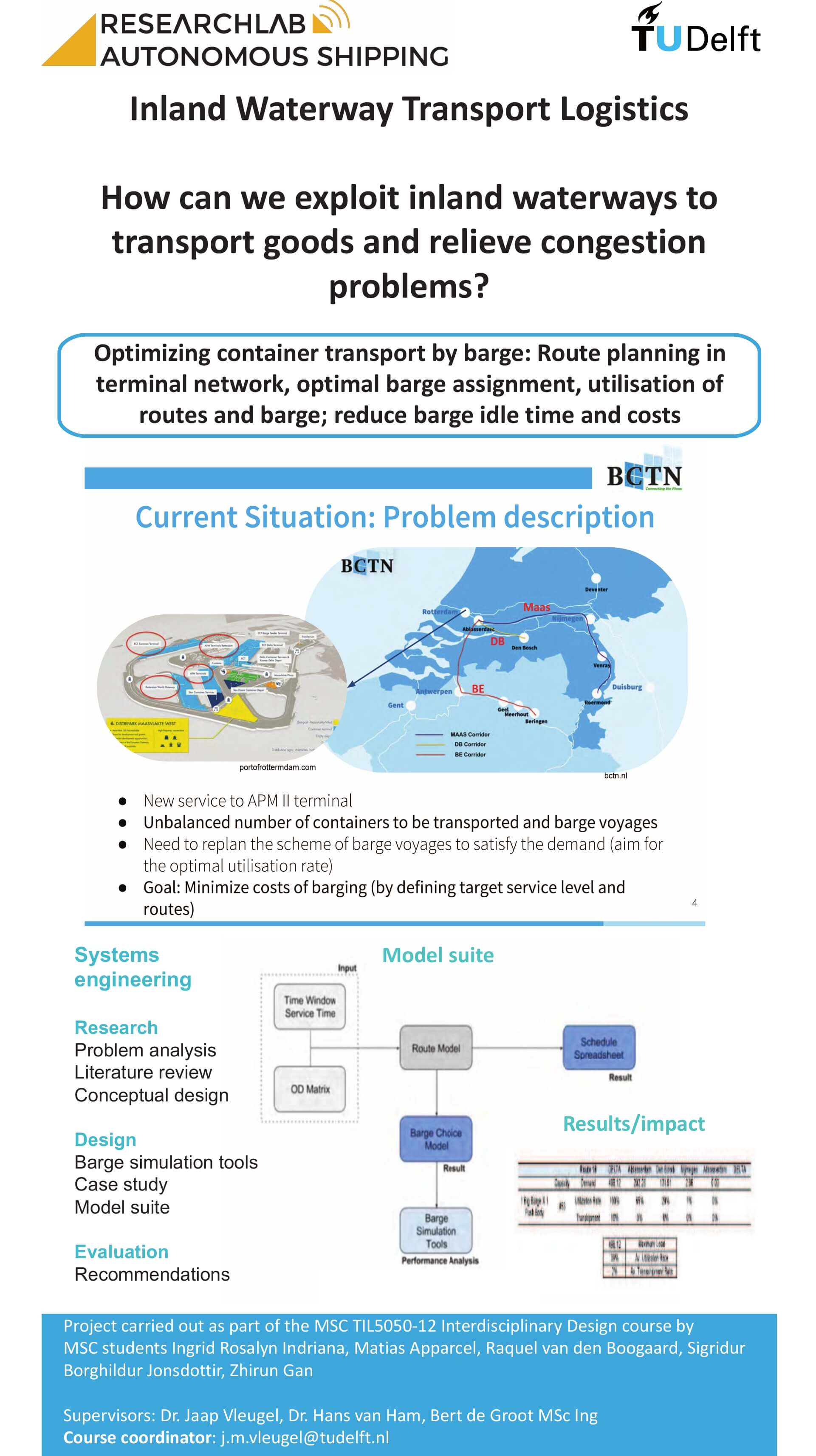 The RAS is a testing and learning environment for new technologies and the related social opportunities in the areas of sustainable and efficient waterway transport, security, digitisation, economic growth, accessibility, and employment. A wide range of experiments is carried out in the RAS for collecting empirical data for research purposes, as part of a joint research agenda of government and the science and business communities. You can team up with them or carry out your own tests or research programmes separately.

The tests listed below have been defined for carrying out experiments, as part of the joint research agenda. The actual research and test programmes will form part of research projects that have yet to be defined, and for which funding has yet to be secured. The test programmes are derived from the precise research questions and also depend on the available options of the automatic ships being tested.

The massive under-exploitation of inland waterways (IWW) in the North Sea Region, especially in and around urban environments, provides opportunities for technological innovations. This project aims to deploy zero-emission automated vessels that can do hourly traffic between the Urban Consolidation Centers outside the city and inner city hubs, focusing on the distribution of palletized goods and waste return.

The average external cost (congestion, accidents, air pollution, climate, noise, etc.) for inland waterway transport (IWT) accounts for 3.9 €cent/tkm, whereas for road transport this is 70% higher [CE Delft 2018]. However, w.r.t urban freight transport (UFT), vessels (< 300T) are currently not economically viable, already resulting in the demolishment of over 12% of small vessels (CEMT I-II) in the last decade. Crew costs for these vessels account for up to 60% of the total shipping costs. Increased automation will be critically important to ensure a sustainable and economically viable future on this scale.
The AVATAR project aims to tackle those challenges by developing, testing and assessing adequate technologies and business models for urban autonomous zero-emission IWT. Through this, the project unlocks the economic potential of urban vessels and corresponding waterways, increases available solutions for full-cycle automation and sets up a sustainable supply chain model for urban goods distribution and waste return.

According to the European Commission, passenger transport is projected to increase 42% by 2050, and freight transport up to 60%. Needless to say, this puts an enormous burden on transport networks and our environment. Compared to other modes of transport – which often face congestion and capacity problems – inland waterway transport is characterised by reliability, energy efficiency and a capacity for increased use. More than 37,000 km of waterways connect hundreds of cities and industrial regions in Europe. In the EU, 13 countries share an interconnected waterway network, highlighting the potential for increasing the modal share of inland waterway transport. This will not happen unless we can make inland waterways economically competitive. However, with crew costs accounting for 60% of the total cost, autonomous inland vessels represent an exciting disruptive technology.

AUTOBarge is about seizing an opportunity. Europe’s waterways are a vital resource that we have underused for most of the last century. Now, with the possibility for mass autonomous shipping, these canals and rivers offer a network that we can exploit without damaging the environment to the extent of new roads and aircraft runways. But to be able to do this we need new people with new skills. These innovators must be experts in remote control, monitoring, smart logistics, regulatory aspects, and many more areas associated with the complexity of inland shipping. The 15 early-stage researchers recruited to AUTObarge will begin this transport revolution.

Inland Waterborne Transport (IWT) advantages as low-energy and low CO2 emitting transport mode are not fully exploited today due to gaps in the logistics system. Inland container vessels pay 6-8 calls at seaport terminals with long waiting times. More time is lost by sub-optimal navigation on rivers and waiting at bridges and locks. In addition, low load factors of containers and vessels impact the logistics systems with unnecessary high numbers of containers being transported and trips being made.

NOVIMOVE strategy is to “condense” the logistics system by improving container load factors and by reducing waiting times in seaports, by improved river voyage planning and execution, and by facilitating smooth passages through bridges and locks.

NOVIMOVE technology developments will be demonstrated by virtual simulation, scaled model tests and full-scale demonstrations. NOVIMOVE innovations will impact the quantity of freight moved by IWT along the R-A corridor by 30% with respect to 2010 baseline data. The NOVIMOVE 21-members consortium combines logistics operators, ports, system-developers and research organizations from 4 EU member states and two associate countries.

The NOVIMAR project develops a new waterborne transport concept called the Vessel Train. The Vessel Train consists of a fully manned Lead Vessel, followed by a series of lowly manned, digitally connected Follower Vessels. This concept will reduce operational costs and increase economies of scale due to better usage of existing infrastructure. Envisaged reduction of personnel costs will significantly enlarge the economic potential for inland vessels. This in turn will lead to improved access to urban environments for smaller vessels, thereby reducing congestion in populated areas.

Additional benefits of the Vessel Train will be obtained by overcoming traditional area-bound limitations of waterborne transport. This will be ensured in the way the NOVIMAR project incorporates sea-river connectivity and elaborates on possibilities for Roll-on/roll-off cargo handling.

The NOVIMAR project is unique because it provides technological capabilities for Vessel Train operations together with a sharp focus on economic feasibility and stakeholder alignment, fostering the market potential of the new transport concept.

The significant reduction of the emissions from port areas, inland waterways, urban areas, and offshore environments cannot be realized without addressing three key challenges. These challenges have not been studied hand in hand and in relation with one another before. NOMES will therefore focus on these following challenges:

In NOMES, the overall objective is to carry out a preliminary study on these 3 key challenges. First, bottlenecks in enabling the solutions in each of the three project challenges will be pinpointed. An investigation on the feasibility of the potential approaches for addressing these bottlenecks is then planned to be carried out. Then, a study on the advantages of enabling novel and minimized emissions shipping is planned.

TRiLOGy aims to demonstrate the potential of autonomous and electric vessels for increasing the safety, efficiency and sustainability of transportation and logistics in urban waterways. In order to reach this goal, a joint investigation is needed on fleet management and autonomous sailing. Two case studies are considered: city logistics for construction material transportation and mobility on demand with water-taxis. The proposed methodologies will be tested for the two case studies through realistic simulations and real-life experiments.